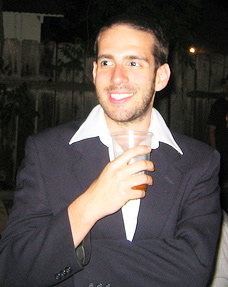 John Serrao is the organizational leader of Nutrition Wonderland, managing the editorial and development departments for the organization.  He is an author whose writing portfolio includes the to-be published title, Nutrition For Your Fat Toxic Ass – co-authored with Patricia Serrao, day-to-day coverage of the nutrition industry and various copywriting engagements for Fortune 500 firms around the world.  Prior to founding the organization, John was the president of Jolly Green Designs, a leading web-development firm serving small-medium sized businesses. John is a graduate of the University of Texas at Austin with degrees in Economics, Humanities and Communication Studies and now resides in the District of Columbia. In the few minutes of spare time he gets these days, John travels as much of the world as is humanly possible, yaks about economic policy to those that will listen and especially loves to ride the bike he built!. 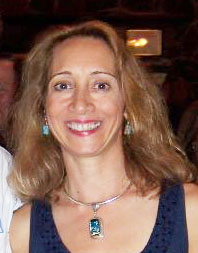 Patricia Serrao helped co-found Nutrition Wonderland and is an active contributor to the organization’s multimedia initiatives aim at educating the public about nutrition.  She is a certified nutritionist and health consultant with more than 15 years of experience in assisting clients who are interested in improving their health through better nutrition and healthy changes in their lifestyle. Patti works with clients through individualized, one-on-one sessions to offer a sound nutrition and health guidelines. Her recommendations are often sought by clients seeking to include complementary approaches in conjunction with their current medical health care. Patti’s methods may include recommendations that allow a client to include body balancing with brain exercising (such as simple moves and poses), or to include food grade or non-toxic substances in a diet that is geared toward improving their health. She is available for consultations and lectures.

Below are the people that help make Nutrition Wonderland possible. Listed alphabetically: 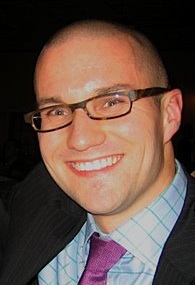 Brian Mossop is a scientist and a science blogger. He completed a bachelor’s degree in electrical engineering from Lafayette College in 2001, but soon traded his soldering iron for a pipetter when he enrolled in a graduate program in biomedical engineering at Duke University. He finished his Ph.D. in 2006, where his thesis focused on gene and drug delivery for cancer treatment. His postdoctoral work focused on the the brain, and he conducted neuroscience research at UCSF and a Bay Area start-up company. He now focuses on in vivo physiology of neurodegeneration and neurological disease at a biotech company near San Francisco, using both microscopy and electrophysiology. Although his scientific career is extremely fulfilling, Brian’s passion is to bring relevant health and medical information to the public. In 2008, Brian began collaborating with Thomas Goetz, the Executive Editor of Wired Magazine on his blog and forthcoming book, The Decision Tree, which aims to revolutionize preventive medicine by creating a more proactive patient. In his free time, Brian is an avid runner. Although a short sprinter (50-200m) in college, he’s recently discovered the wonders of long-distance road racing. He currently lives in San Francisco with his wife. 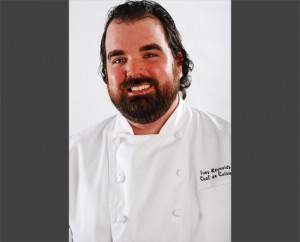 The Tone Can Cook

Tony Reynolds is the Chef de Cuisine for the Westin City Center Dallas in the downtown area of Dallas. He oversees the restaurant there, 650 North. Previously, Tony was a chef at the Sheraton Resort in Steamboat Springs, CO for three years. He was professionally educated at the Texas Culinary Academy (a Le Cordon Bleu program) in Austin, Texas. Tony feels that there is ‘a real connection between my purpose in life and food. I like how it has the power to appeal to so many people, and I enjoy preparing it so that it is appealing to them.’ He currently resides in Dallas, Texas with his girlfriend. 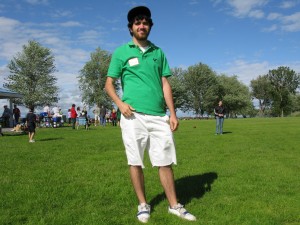 Mr Rice, ready to take on the world

Brian Rice is the man in charge of putting the articles your know and love on the Nutrition Wonderland website. Mr. Rice has a strong background in social sciences, with an expertise in understanding the intricacies of economic policy. Currently, Brian is a tennis star at LeMoyne University in Syracuse, NY, simultaneously undertaking a rigorous academic program. In his spare time, Brian enjoys spending time with his lovely girlfriend and attending the many parties his family requires of him. 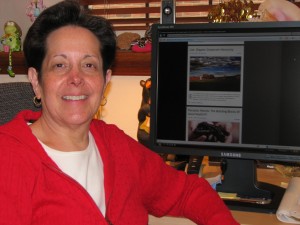 Mimi Serrao is a frequent web forum knowledge provider on high tech web sites as well as moderator for Nutrition Wonderland. She has been a computer consultant since 1989. She also does volunteer work in her community to further green living initiatives, maintaining a plot in her Community Garden to provide fresh, organic vegetables for local food pantries. Mimi is a graduate of the University of Miami, Coral Gables, Florida. In her spare time, she feeds and walks her favorite dog Mischa and prepares organic and nutritionally complete meals for her family. She currently resides in Plano, Texas. 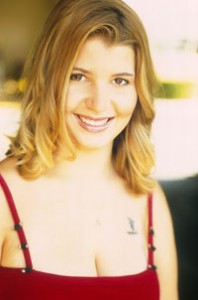 Christie Wilcox has always been a biologist at heart, though only finished her Bachelor of Science degree with honors from Eckerd College in 2007 to become an official biologist on paper.  Formerly a molecular biochemist studying the effects of adenosine receptor stimulation in heart cells,  she is currently working on her phD at the University of Hawaii.  She is also an avid science blogger with both a loosely marine-focused blog at the Nature Network (O.L.S. Buzz) and her own pop-science blog: Observations of a Nerd, which was recently selected to be a part of the prestigious ScienceBlogs network.  One of her pieces from Observations of a Nerd was chosen to be published in The Open Laboratory 2008, an anthology of the best science blogging of the year. On top of writing and research, Christie is also an avid animal lover and lives in Hawaii with her boyfriend and two pseudo-children, a cat aptly named Loki and a dog fondly called Noelani. Her free time is spent enjoying the natural beauty of her surroundings, watching Big Bang Theory, Lost and House, and being, in general, as nerdy as she can be.