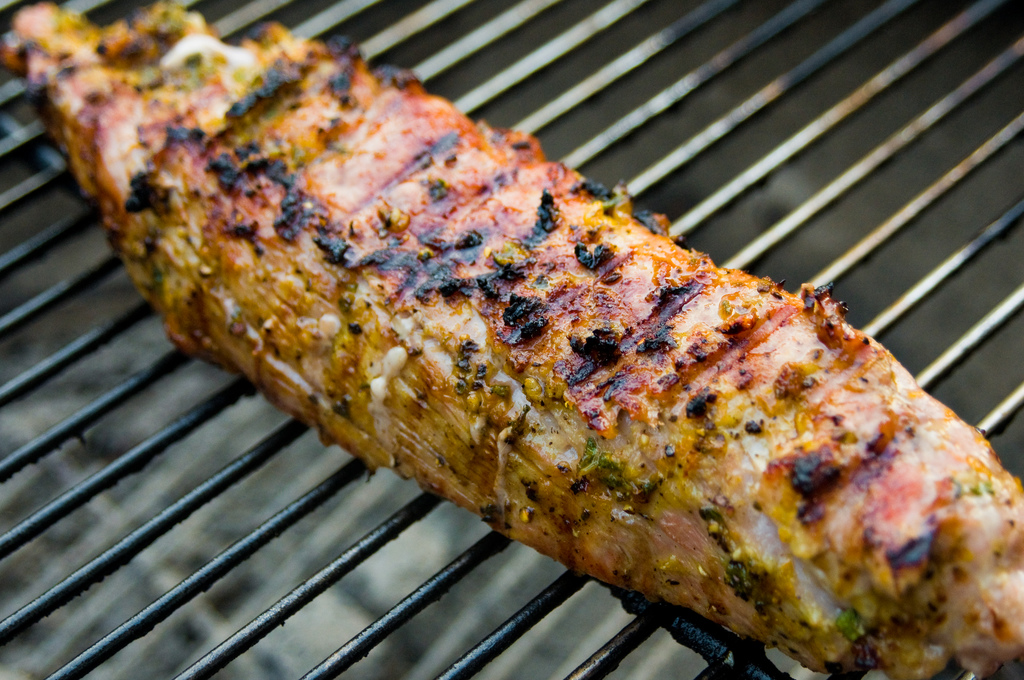 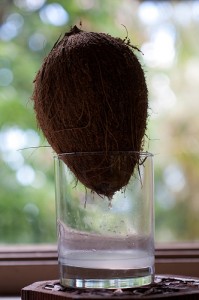 Coconut milk in the making. (Thanks to flickr user TravelMuse…)

Now, once the loins have been marinated, remove them from the mixture and once again, pat dry with a paper towel, (you may have to scrape away some of the remnants from the marinade). Lay the loins on a large platter. Reserve the marinating mixture for later. Season the loin with the salt and pepper. Brush a thin layer of olive oil all over the loins, and the scallions. You are now prepared to grill. 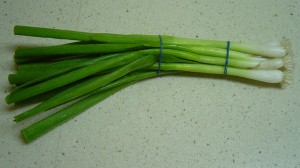 A nice addition to hearty tenderloins

Before grilling the loins, first preheat an oven to 375 degrees. Spread the coconut flakes evenly over a sheet pan and bake until toasted and golden brown, about ten minutes. Remove and allow to cool. Next, strain the marinating mixture into a saucepan. Bring the sauce to a boil for a minimum of fifteen seconds. Reduce to a simmer and allow to cook for an additional five minutes. Adjust seasoning and keep warm until service.

Now, grill the pork loins. Turn after five minutes or until a nice crusty brown sear is achieved on all sides. Tenderloins will be done when slightly pink in the middle. Allow to rest or cool slightly. While cooling, mark the scallion on the grill, both sides, and cook just until slightly limp.

Roll the cooked pork loin into the coconut flakes. Try to cover evenly. Slice and arrange the pork loin on a platter with the grilled scallions. Drizzle the sauce over and enjoy.