Why the SOLE Food Movement is Failing

friend of mine sent me an article from a publication called Zocalo that reviews American Terroir: Savoring the Flavors of Our Woods, Waters, and Fields 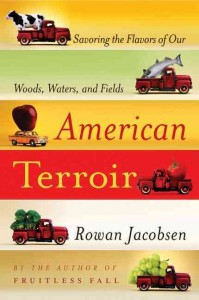 A good book but it only makes things harder

I’m not going to review this title (you can read the one from the Zocalo here) nor am I going to pick on Jacobsen. I’m sure his book is an interesting take on terroir foods as he calls them, picking up where Pollan’s Botany of Desire left off. What I am going to do is explain why I think this book represents another step backwards in gaining wider acceptance of SOLE foods.

You may not even know what SOLE food stands for (its Sustainable, Organic, Local and Ethical Food) but that’s not even the problem. See, in the US and most of the developed world now, we have crushing obesity and diabetes epidemics going on. The latest obesity numbers released by the CDC should give everyone pause: the US obesity rate is over 30% now, with some states climbing to almost 35%. Stop and take that in for a moment. Just about every third person in the US is now more than 30 pounds over their ideal weight.

In the face of this monumental health crisis, related directly to food, a group of young, mostly urban dwelling Americans has taken it upon themselves to do something about it and change the food system. This fractious group is composed of some well-meaning professors, chefs, environmental activists, food writers, farmers and maybe even a nutrition blogger or two.  As with any movement, it has many sides. Unfortunately, the side that usually shows with the food movement is one of striking elitism, often so detached from why this issue exists in the first place that I’m often surprised at the amount of progress that has been made.

Now, I don’t mean to pick on Jacobsen or the reviewer Christine C. Chen; this Zocalo piece is just one I have read out of literally hundreds that strike this exact same chord of elitism that needs to be addressed. The tone these articles create is similar to commenting on how nice the paint on the Titanic looks as the ship was sinking. I think it would instructive to take a look at the people on the ship for a change.

How Elitism is Counterproductive to Better Food

Say you live in Indiana, are supporting a family of four, your spouse is a nurse and you work construction. You’ve had a couple brushes with unemployment but for the most part you are making ends meet. Both of you are in your mid-40s and easily twenty pounds overweight, prime candidates for slipping into the obese category. Now, you notice your kids are following in your footsteps, heavier than they should be. You start investigating bringing different foods into their both of your diets. (This is a large part of America, by the way.)

You hear about this organic, local food thing from a neighbor and are interested in how it might help your family. You start poking around online and this is what you read (from the Zocalo piece):

As with so many other things in the gastronomic galaxy, the English-speaking world adopted the term [terrior] from the French, who had more than just geography and geology in mind when they coined it. Terroir, from the Latin for “earth,” signifies more than “a taste of place.” It also conveys “a partnership between person, plant, and environment to bring something unique into the world.” Terroir is more than just the soil in which the grapes are grown or the village which lends its name to a wine; it’s the fullest, most concentrated expression of a person’s interaction with the land on which he or she lives.

“Huh? What language is that in?” you might think. So you look around some more. This is from the New York Times 10.10.10 Food Issue this Sunday. Here is Michael Pollan describing a 36 Hour Dinner Party (seriously):

The idea is to make the most efficient use of precious firewood and to keep the heat (and the danger) of the cook fire some distance from everybody’s homes. But what appeals to me about the tradition is how the communal oven also becomes a focus for social life (“focus” is Latin for “hearth”), a place to gather and gossip and escape the solitude of cooking at home. Shared meals have always been about community, about what happens among family and friends — even enemies — when they gather around a table to eat; but once upon a time, before every family had its own kitchen in which Mom labored more or less alone, cooking was itself a social activity, one that fostered community and conversation around the chopping board or cook fire long before the meal was served.

I could post other essays here but the point is already apparent: if you are that guy from Indiana, this party is not yours. The conversation is about becoming one with the soils around you and throwing 36 hour dinner parties of locally sourced food in Napa valley, not about feeding a family of four on a limited budget. Never is any of the food featured in these articles sourced from a grocery store, the one place the majority of the country buys its food.

The priorities of the agenda-setting side of the food movement are so out of step with what people facing these crippling chronic diseases need to hear that the two never even intersect. And, on the oft chance the foodie elite run into the middle class working family, the message is so distant that is might as well not even have been spoken.

In short, local food is a message divorced from its audience.

How Do You Fix This?

The issue facing a broad adoption of the locally sourced, organic foods is mostly related to supply chains and cost, not a deeper understanding of man’s connection to the soil. While having an appreciation for where our food comes from matters, what is far more important is reform of the agricultural subsidies that have created this situation. Further, we need to create more efficient markets that lower the price of these foods. You’ll hear these discussions but much more infrequently (see James McWilliams at the Atlantic, he picks up on some of this).

Instead, when you read these locavores your options seem to be: start a large garden, inherit some money and go on a food quest to get in touch with the earth, throw a 36 hour dinner party or potentially go ‘woofing’ on organic farms. At times it would appear as if the local food movement would like most American to revert back into becoming subsistence farmers, living off the land as did our ancestry hundreds of years ago.

That’s not an option and it shouldn’t have to be. The real issue comes back to money: SOLE food needs to come down in price. That can happen with greater volume and subsidy reform, not 36 hour dinner parties. It will be hard work to get the country back to eating nutritiously again which is why it it is so foolish to drag food into the culture wars by constantly enforcing the idea that eating well is something only rich people can do. It seems there is no better symbol of something that ties everyone together. Maybe it’s time for the food movement to appreciate this fact.