There was an article in the Cleveland daily today about The Corn Refiners Association, the lobbying arm of corn agribusiness, petitioning the FDA to rename high fructose corn syrup, ‘Corn Sugar’.

From the article (emphasis mine):

The bid to rename the sweetener by the Corn Refiners Association comes as Americans’ concerns about health and obesity have sent consumption of high fructose corn syrup, used in soft drinks but also in bread, cereal and other foods, to a 20-year low.

The group applied Tuesday to the Food and Drug Administration to get the “corn sugar” name approved for use on food labels. They hope a new name will ease confusion about about the sweetener. Some people think it is more harmful or more likely to make them obese than sugar, perceptions for which there is little scientific evidence 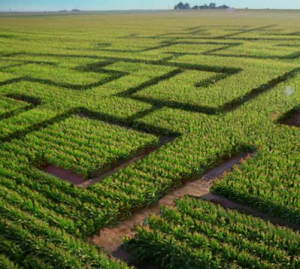 The Corn Refiners are in the right to say the science is not settled but there are quite a few problems under investigation. One study links HFCS to fatty liver disease while NHANES data, which is the largest epidemiological evaluation of America undertaken by the NIH every 4-5 years, showed an association between HFCS and kidney disease. And lets not forget, HFCS was found to be laced with mercury last year.

From a biochemical perspective fructose gets routed through a whole different series of tubes in the body, namely the liver. It’s not different than table sugar but the name HFCS implies it is higher in fructose content than other sugars. Maybe that unfair enough for the FDA to grant the name change. I doubt it though.

There are a bevy of corn sugars in the food supply already, HFCS, corn syrup, dextrose, xylitol, crystalline fructose…the list goes on. Why does HFCS get the blanket terminology while the others have to be more specific? Outside of marketing, there is no rationale but that hasn’t stopped the FDA from granting other name changes before.

My favorite line in the article from cleveland.com?

The American Medical Association says there’s not enough evidence yet to restrict the use of high fructose corn syrup, although it wants more research.

*Note – this article is a sampling of the style to be featured in the coming news posts of the new Nutrition Wonderland v2.0! Get excited people, its nearly here…