Nutrition Wonderland is launching a new little mini-series about the world of plastics we are calling ‘Plastic Troubles’.  And trouble there is.  From environmental degradation to an ever growing assortment health problems, plastics keep creeping into the health equation.  Emerging theories on the subject suggest that plastics may play a central role in a variety of obscure health problems including autoimmune disorders, cancer and endocrine dysfunction.  We will explain the health dimension of the most dangerous chemicals, how they came to be in our everyday environments and alternative ways to deal with their presence. 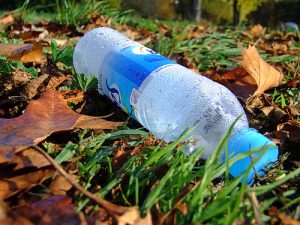 Probably the most widely known plastic compound now, Bisphenol A is the anti-phthalate: its whole job is to make plastics and tough and rigid as possible.  Those shatter resistant bottles everyone carries around put BPA in the spotlight but the compound is far more widely used.  With annual production nearly at 1 billion tons, the chemical routinely forms the backbone of PVC, the type of plastic often used for piping in modern buildings and myriad of other products ranging from toys to tongs.  We review its health effects.

This group of chemicals is designed to help make plastics more flexible, so they can be used in a variety of different applications.  Health care appliances like catheters, the containers for your ketchup and mustard, even that coveted ‘New Car Smell’ all contain copious amounts of phthalates.  But phthalates contain some of their own surprises – and most of them negatively effect your health.

PBDE’s do what their name says: they keep things from lighting on fire.  They are so good at keeping things from burning that they have been used all over the construction industry – and heavily in the world of plastics.  Only problem is, PBDE’s also do quite a few things that their name does not imply.  They can damage your liver, severely impact the thyroid gland and cause reproductive harm to would-be mothers.

We are saving the best for last with dioxin.  A shorthand for polychlorinated dibenzodioxins, dioxins usually form when PVC plastics are incinerated and when certain pesticides are made.  This extremely volatile chemical travels long distances and bonds tightly to fat.  Consequently, its one of the most persistent environmental pollutants and also one of the most dangerous.