Plastic is a buzzword lately but mostly for the wrong reasons.  Medical studies have lined up against the ubiquitous substance and the seas have filled with the jetsam and flotsam of our plastic society.  Yet, if there was one compound responsible for this situation more than any other, phthalates might just wear the crown.

Phthalates make plastic, well, plasticy. Many consumer goods are made up of very hard plastic compounds that do not allow finished products to move as required, like the PVC piping you find in many modern homes or the casing to your internet router.  And with a little phthalate magic added into the chemical mix, those PVC molecules that were once rigid in the pipes of your home are now free to form the flowing plastic carpet you often find beneath your feet. 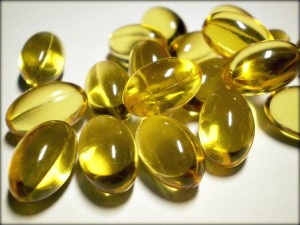 In fact, these molecules are so unique and helpful, they have found their way into almost everything we use.  Personal care products, mechanical lubricants, paints, modeling clay, shower curtains, food containers and wrappers, even children’s toys all have some phthalates mixed in.  Health care items like the coatings of prescription pills and supplements are also guilty.

The magic of phthalates is that they allow the larger polymer plastic molecules to slide against one another more easily.  Phthalates move so well because they do not bond directly those large molecules, leaving them roam about in some cases.  Roaming phthalates leech away from their plastic motherships, leading to that new car smell, paint fumes and the heavy offgausing associated with new flooring.

With the volume of phthalate in existence, our exposure to such materials is obviously high. Our main exposure is from what we eat but inhalation and absorption through the skin are also important factors.  Some scientists suggest that children are so regularly exposed to the plastic that they contain levels up to 20X what is known to be safe [1].  Part of the reason so little has been done about phthalates is that no one is perfectly sure what ‘safe’ really is.  So, the real debate with phthalates at this point has to do with quantity required to cause damage.

Suggested exposures depend heavily on body weight and stage of life.  On study gave a rough estimate 5-20 micrograms of phthalates per kilogram of body weight, with higher exposures in younger populations [2].  Other studies suggest that we really aren’t quite sure what the exposure levels are, and consequently all of this needs more study [3].  We do know that phthalates have been shown to cross the placenta and transfer from mother to fetus and such exposure has been linked to risk factors and the inital stages of prostate cancer and to changes in emotional stability as adults, all things we could do without. 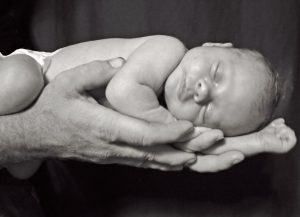 Newborns are at the greatest risk, thanks to flickr user michelleannb

Scientists classify phthalates as definite endocrine disruptors, a class of chemicals that throws off the body’s hormone signaling system.  Studies have shown high doses can cause birth defects in rats and even deformities in people.  Phthalates in particular are singled out from other plastics as a very possible epidemiological reason for the lower sperm counts seen across men in the Western world.

Youngest at the Greatest Risk

But of any one study, Pediatrics really turned the heat up on phthalates back in early 2008 when they reported that 81% of all infants had significant phthalate exposure from simple household items like shampoos, lotions and powders [5].  Most troublesome was the way in which researchers deduced how young infants might have the highest exposure: by simply being kids.  From the study (-ed emphasis mine):

Children have unique development and behavior that may predispose them to higher exposure susceptibility. When children are born, they immediately develop hand-to-mouth behaviors. They cannot move on their own and are therefore exposed predominantly to ambient air exposures, oral ingestion of breast milk/formula, and [skin] exposure to specific infant care products. As infants develop, they begin to move around, crawl, and have increased hand-to-mouth behaviors with the potential for increased exposure to phthalate sources in the environment.  But its not just children who have to worry, there is concern with adults too as phthalates have been linked to cancerous activity in adult cells.

Since this publication, the EU and the state of California have effectively banned many phthalates from the consumer market, with California more conservatively banning them from toys and children’s products.  These bans have been especially contentious because unsafe exposure levels remain unknown and, more importantly, the size of the industry in question.

Despite growing concerns and widespread exposure, phthalate exposure continues almost completely unabated in the United States.  One of the cardinal organizations responsible for this is the American Chemistry Council (ACC).  This group’s name spoofs the largest and arguably most respected scientific organization in the world – the American Chemical Society (ACS) – but it obeys a very different master: corporations.

The ACC represents all of the plastic companies and it obviously disagrees that phthalates cause problems.  They have been way out in front of this debate, publishing smears against phthalate detractors as recently as 2005 in prestigious medical journals.  They have even built a special website just for phthalates – http://www.americanchemistry.com/s_phthalate/ – and convened a “The Phthalate Esters Panel” to examine the facts through the warped lens of plastic manufacturers.

The ACC does show that a wide range of products depend upon phthalates, from vinyl siding to medical devices and raincoats.  Other important uses like duct tape and protection films for food products have all benefited society.  But the ACC stance ignores scientific progress being made by their own members.

Plastics without harmful phthalates have already been developed and deployed by major chemical companies like Dupont, with high customer satisfaction in some of the most demanding industrial environments.  Phthalate-free plastic welding is now also possible.  So it’s clear the innovations to move past phthalates are here today, giving manufacturers a bridge into the future of safer plastics from previous technologies like PVC.  What lacks are proper market forces or government regulation in the US to make the change occur.

Here are some of the most basic steps you can take to protect yourself from this plastic:

Small consumer purchases add up, so take account of what you are buying and try to avoid bendable plastics when you can.