Just about every diet I know of supports eating a large portion of protein. Whether the strategy is to cut carbs or to cut fat or to cut calories in general, just about everyone agrees that protein is good for you. But why? And do the sources make a difference? What about protein makes it so important, and what do you need to include in your diet to reap the benefits?

In biochemistry, there are 4 main types of compounds:

They’re distinguished by their chemical structures. Proteins are compounds which are made up of amino acids, which all contain an amino (nitrogen-containing) and carboxyl (like carbon dioxide) group. Proteins are made when these amino acids are strung together and (often) folded into complex shapes. They can be structural proteins, like the keratin in our fingernails or the actin in our muscles, or they can be chemically functional, like enzymes. Proteins can also be very important in communication in the body – insulin, for example, is a protein. In fact, if you take away the water, 75% of our bodies are protein. All of these proteins require the right amino acids found in our bodies and our diets to be made. Watch this video to understand how they are made: 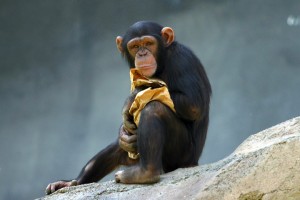 While most microorganisms and plants can produce whatever amino acids they want, animals, including us, have lost the ability to produce certain amino acids. These amino acids are called the “essential” amino acids, or the ones we must intake in our diet. Without enough of a dietary source of these essential amino acids (of which, in humans, there are about 8, with 4 others needed by children), our bodies can have trouble making the proteins needed for ordinary functioning, and we can end up malnourished. On top of this, our bodies don’t store amino acids like they do fats or carbohydrates. To ensure we have the amino acids we need, we have to get them daily.

It would be easy to attain the amino acids we need if all we had to do was eat enough of them as needed to make proteins, but alas, as always, our bodies are far more complicated. As the body digests protein, a large portion of the amino acids that result are deaminated and are used for fuel instead of as protein building blocks. This is done by a two processes, either gluconeogenesis where proteins are converted to glucose directly or an alternate pathway where they are fed into the natural energy cycle (the citric acid cycle) at a later point to produce even less fuel. This particularly occurs under starvation conditions, where the body will actually start breaking down its own muscle and other protein sources for fuel. As far as energy goes, protein is a poor source of it, containing only 4 kilocalories per gram as opposed to the 9 in fats.

Our bodies don’t fluctuate in amino acid concentrations like they do with other molecules. Levels of amino acids in the blood are almost constant, regardless of diet. However, that’s not because diet isn’t important, it’s because the body will begin to attack itself and break down muscle and other tissue to keep amino acid concentrations level. This can be why some extreme dieters seem to lose weight but feel lethargic or unable to exercise – by massively cutting calories, they probably cut a lot of protein out of their diets, too, and their bodies are basically eating their muscle tissue to get amino acids for more essential uses like cell signaling. Therefore, to get the total amount of amino acids we need on a daily basis, we actually have to eat a high amount of excess amino acids.

When it comes to dietary intake, the weakest link is the most important. The most limited essential amino acid in our diet affects how well our bodies uptake the rest of them, so balance is key. In other words, whatever amino acid we’re most lacking in will set the bar for how our bodies intake all the others, and so to have healthy levels of all amino acids we have to have good balance and enough of each.

The Essentials and Our Diets

Additionally, cysteine, tyrosine, histidine and arginine are required by infants and young children. It’s rare that a person needs to supplement their diet with any form of pill or powder to get enough amino acids, and doing so can be dangerous if not closely watched. For example, body-building supplements contain a high concentration of the first three amino acids mentioned, but over time, extreme excess of these acids can lead to nerve degeneration or even liver and kidney toxicity. In general, extreme excess of any amino acid is bad for the body. It’s hard to get that kind of excess from eating – our bodies naturally just turn most excess deitary protein into fuel, but you can over-supplement.

Because of the many uses and importance of amino acids in our bodies, it’s key that we get enough and a balanced amount of the essentials, which is far more often the problem than excess amino acids. Protein deficiency is a huge medical issue in developing nations, with protein-energy malnutrition affecting 500 million people every year and killing 10 million of them. Severe cases tend to include complete loss of immune function and thus increased risks from other diseases. While it’s fairly rare in developed nations, protein deficiency can affect the poor and often occurs in those who are crash dieting to lose weight or in older adults, particularly leading to conditions like osteoporosis, as protein is key when it comes to bone health. Those recovering from surgery, trauma or illness can also be protein deficient if they don’t increase their dietary intake to match their increased needs. Our bodies use protein when we’re healing, so its important to eat lots of it when we’re sick or recovering. 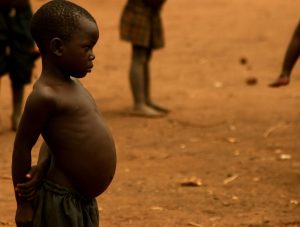 It’s even possible that protein deficiency is a far more common problem than we think, and that many simply suffer from very mild affects. There are studies which have shown lower protein intake in certain minorities. Some biologists, like Bob Lanier, a biology professor at Jesuit College Preparatory School of Dallas, have argued that a very slight protein deficiency might actually explain some of the variance in academic performance between poor minority and richer majority students. Since so much of brain function is tied to proper nutrition and protein intake, it’s entirely possible that even smaller changes in protein consumption, like that of crash dieters, could have an impact on mood and cognition, though few studies have looked deeper into this idea in adults. In children, however, a deficit in dietary protein as infants can have a marked affect on intelligence as older children, especially for boys.

How to Get Amino Acids 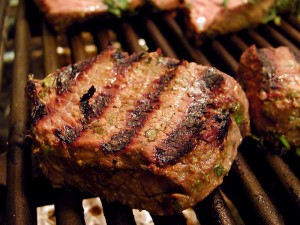 Steak could be the answer for your amino acids

Overall, adults require approximately 60 grams of protein per day, with higher intake required in pregnant and nursing women and, to a lesser extent, men, due to their higher overall muscle mass. Nutritionally speaking, food sources for protein are generally referred to as “complete,” as in containing all of the essential amino acids, or “incomplete,” as in only containing some essential amino acids. Complete protein sources include meat, fish, eggs and dairy products, while vegetables, beans and other plant products are considered incomplete. By far, meats are the best sources of complete dietary protein, but they also tend to be high in fat. Fish and poultry tend to be fantastic protein sources since they’re lower in fat and contain other, valuable nutrients.

This doesn’t mean, however, that you have to get all of your essential amino acids from meat, fish or dairy. Instead, a carefully balanced diet including a good variety of ‘incomplete’ sources can give you the full array of essential amino acids. For example, you can combine beans with brown rice, corn, wheat or nuts to get a complete set of amino acids. Also, soybean products like tofu and soymilk are complete proteins, so you can have a meat-less diet and still get plenty of dietary protein. 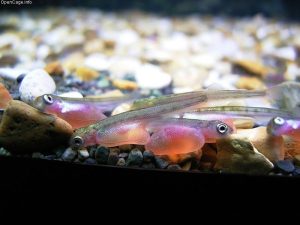 The key is to eat 2 to 3 servings a day, or roughly 20 g per meal. If you get less in the morning, be sure to bulk up at lunch and dinner with lean meats or extra vegetables. And you have to eat protein DAILY, otherwise your body lacks the amino acids it needs for the day and begins to take them from places you might want them, like your sexy abs that you worked so hard for!