Effective January 1st, 2010, California became the first state to ban restaurants from using trans fats in restaurants. While similar bans have been enacted in New York City and a few other cities in the US, this is the first time that trans fats are being banned from an entire state. 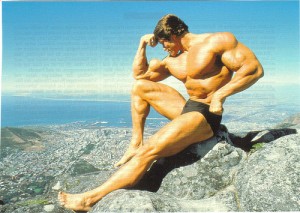 The legislation was signed by Governor Schwarzenegger in 2008, giving the state’s 88,000 restaurants a little time to nix trans fats from their cooking. Under the new law, restaurants, delicatessens, cafeterias and other businesses classified as “food facilities” will, in the preparation of any foods, have to discontinue use of oils, margarine and shortening containing trans fats. It will cost cooks anywhere from $25 to $1,000 for a violation. Bakeries aren’t immune, either, and have to purge the trans fats from deep fried yeast dough and cake batter by 2011.

Nutrition scientists have been warning of the dangers of trans fats for years now. While other dietary fats have redeeming qualities, trans fats seem to have none. They’re almost entirely man-made, created by adding hydrogens to other fats. This process, called hydrogenation, turns oils into the semi-solid margarine and other products that are associated with trans fats. These trans fats are useful because they have a longer shelf life, are hard enough to stay solid at room temperature, and yet can even be malleable cold. Unfortunately, there’s a big cost for those benefits.

Trans fats, in general, are bad for you. They raise your risk of diabetes and heart failure, particularly by raising “bad cholesterol” levels in the body. But they don’t stop there. They not only raise LDL (bad cholesterol) levels, they lower HDL cholesterol levels – the good ones. In 2006, a scientific review of fats from the New England Journal of Medicine stated clearly that:

“from a nutritional standpoint, the consumption of trans fatty acids results in considerable potential harm but no apparent benefit.”

The damning evidence against trans fats comes from a study of 120,000 female nurses from 1976 to 1990. The Nurses’ Health Study found that the risk of coronary heart disease nearly doubled for every 2% increase in trans fat calories consumed instead of carbohydrates. Considering the same increase in risk takes a 15% increase in saturated fats and that eating the other unsaturated fats actually lowers heart disease risks, there seems to be no reason to eat trans fat at all. And if that weren’t bad enough, trans fats have also been linked to liver problems and even infertility.

Many hail the new legislation banning them in the most populous state in the union as a step in the right direction for the American public. The incoming president of the American Heart Association, Dr. Clyde Yancy, is one of its biggest fans. “I think the potential here is real for a far greater understanding of the harms of trans fats, and to encourage more states to do the same,” he said when asked about the law’s enactment. Governor Schwarzenegger, too, has commended the state for its efforts.

“California is a leader in promoting health and nutrition, and I am pleased to continue that tradition by being the first state in the nation to phase out trans fats,” the governor said in a statement. “Consuming trans fat is linked to coronary heart disease, and today we are taking a strong step toward creating a healthier future for California.”

Many of the state’s restaurants had already dumped trans fats from their menu, cracking under the pressure of consumer demand. National chains like Wendy’s, Taco Bell, McDonald’s, and KFC have already started removing trans fats. But other restaurants are finding it harder to switch, as non-trans fat oils are harder to come by and far more expensive. Smaller restaurants have stated that the ban will force them to raise their prices significantly.

While this new ban will make eating out healthier for Californians, it’s only a small step towards the state’s overall health. Trans fats can still be found all over in Cali’s grocery stores and supermarkets, as the ban doesn’t apply to packaged foods. Hopefully, the anti-trans fat movement will continue to gain momentum, and these unhealthy fats will become less and less prevalent in all of our foods. Kudos to California!