ast week, the USDA announced their first organic guidelines for fish. The new guidelines uphold some of the traditional mainstays of organic agriculture, like banning the use of antibiotics, hormones, pesticides and GMO feed in some instances while weakening other provisions at the same time.

Most notable in the new guidelines is the inclusion of a loophole that allows aquaculture farms to obtain up to 25% of their feed from unregulated wild seafood stock (see the NOSB draft literature). The loophole does specify that organic producers use ‘sustainable’ wild seafood as the feed for their fish stocks but does not go so far as to require 100% organic feed. This is the first time ANY livestock producer (NOTE: the USDA classifies fisheries as ‘livestock’) has been allowed to include any non-organic feed into their own animal’s feed.

Additionally, these new guidelines allow all types of fish to be raised in open-water pens in the ocean which allows water from the fish farms to filter into neighboring aquatic environments, a move that could allow both species and disease to jump from the farms into the ocean.

Largely, this new protocol targets commercial aquaculture farms, because of their explosive growth and the desire of many farming interests to label their products with an organic sticker. The protocol does very little to clear up the controversial issue of whether or not wild-caught seafood is organic or not.

What They are Saying

Initial reaction from aquaculture farmers was largely positive while environmental and consumer groups were enraged, as might be expected. Large firms like Cooke Aquaculture remained largely silent on the issue, a possible indication that the decisions made by the USDA were in their favor.

On the other side of the coin, NGO firms like The Consumer’s Union, who publishes of Consumer Reports, expressed deep displeasure with the new guidelines, saying that the USDA’s decision ‘will undermine consumer confidence in the entire organic marketplace‘.

The Living on Earth Show, spoke directly with Food & Water Watch about the open-net pen provision in the new USDA guidelines. This is a great audio interview covering this environmental issue in-depth.

Listen to the Interview

(A Transcript is also available)

Why all the fuss?

The new ‘green’ in organics

The reason for the wildly varied opinions on organic fish boils down to dollar bills. Organic sales are estimated to reach $23.6 billion dollars in 2008, another year of double digit growth despite the terrible economy. If you factor in natural foods, that number jumps to almost $33 billion. From 2005-2008, these products grew at 67.6 percent, annualized at 18.8% year-over-year [source: Grist]. These type of revenue gains are usually reserved for high-tech start-ups, not food producers. The power levied by the ‘organic’ title is immense in the marketplace.

Growth like this is being fueled by consumer demand but also by the premiums most producers can command for their goods. Price premiums on organic food range from as little as 5% to as much as 200%, depending on the product. Because food is typically a very low margin good, even a 5% premium would attract significant agribusiness interest. This has been a major factor in the meteoric rise of the organic food industry and the continued push for new organic foodstuffs, like the new fish standards.

Organics net tremendous sales by galvanizing the fractured buying public around a variety of causes ranging from environmental concerns to food safety issues and general wellness. Even though organic food buyers are a wildly diverse group, they appear to agree on one thing – tough organic standards. In the Food Poll conducted by the Consumer’s Union, 93% of the buying public said any fish labeled organic should only be fed organic feed and an equally impressive 90% said organic farms should recover their waste and not pollute the environment. 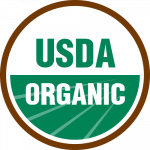 Such loyalty and power of the organic moniker comes from the fact that, up until now, organic labeling has required farmers to adhere to extremely tough guidelines, like the 100% organic feed guidelines for all livestock producers and 5 year waiting periods where no pesticides could touch farmland before a single product could be certified organic.

The process, by which products are physically labeled as organic, was once an afterthought in the market but that occurred long before these goods carried such revenue generating power and marketing glow. Companies are now fully aware of the premium their products command once they have been certified organic and, sometimes, desperately seek that certification.

The Future of Organic Fish

Organic fish is a complicated concept even without the vast, monied players described above pushing their weight around. Obviously, no fish ‘organically’ grows in an aquaculture pen out in nature, so if we want to be true organic purists, no fish farm products could ever be called organic. The USDA may be setting up a nutritionally complicated system where wild, non-organic fish are the most desirable, followed by farmed-organic fish and rounded out by typical farmed non-organic fish products. Other products find themselves in a similar bind.

We have ask ed a government agency to draw a very particular line about a subject to which there is no general consensus to begin with. Is a salmon in a fish pen natural? Is a mercury laden wild tuna more nutritious than a PCB-filled farm raised tilapia? What guidelines can be imposed to obtain a truly wild, organic fish of any kind?

Open-pen aquaculture may have proven detrimental effects on the environment but that does not mean that the fish inside that environment cannot be produced organically, in theory at least. There are even new urban aquaculture methods being developed that go far beyond the aims of these rules. Watch the future below:

Aquaculture can be done correctly, sustainably and even with a beautiful flare. These images come from architect Benedetta Gargiulo’s vision for fish farming in Central London: 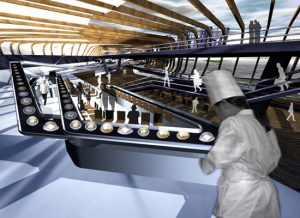 Inside sketch of a London Fish Farm, credit: Pruned 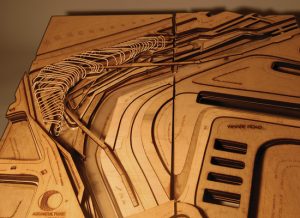 The NGO crowd is probably right in saying that these new organic fish standards are too weak on the environmental front but aquaculture will advance in ways unknown, despite the rules.

Regulation becomes more of a spirit-of-the-law versus the letter-of-the-law situation. In spirit, organic products seek to make agriculture more natural and sustainable while organic rules seek to impose strict guidelines on how to best achieve that goal – and we believe these new USDA standards advance that goal if not succeeding entirely. 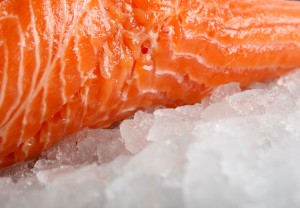 In our opinion, the real untold story with the regard to the new, organic fishing standard, is what these new rules will mean for nutrition. This new ruling should create a dramatically more nutritious farm raised protein product, which is very important considering the growth of aquaculture.

Nutritionally speaking, wild cold water fish (like salmon) are the best sources of fish because they contain a wide array of micronutrients and are in better overall health while alive. Based on what we know of protein development in fish, this enhanced nutritional profile is directly related to the diet of the fish while they are alive. Wild fish eat a varied diet more closely related to what they should ideally be eating, resulting in a better ratio of essential fatty acids Omega-3 and Omega-6.

Humans need to get those essential fats in a 1:1 ratio in their diets for optimum health but, typically, most Americans now get 15-20X more Omega-6 than Omega-3, promoting inflammation in the body. This is why so many people are urged to take an Omega-3 supplements and eat fish but the idea of fish as a source of Omega-3 is currently being degraded by bad farming practices.

Studies show that farm-raised salmon have dramatically lower amounts of Omega-3 and have higher amounts of PCB contamination than their wild counterparts. Another recent study shows farm raised tilapia and catfish have a fat profile not too dissimilar from hamburger meat or bacon. 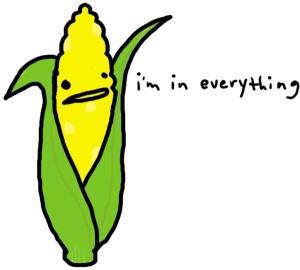 The reason for this weaker nutritional profile is simple: both these fish and most farm animals are eating the exact same diet of refined corn products which creates this inferior fat ratio. Hard as it is to believe, most farmed fish eat nothing but the corn germ by-products of high fructose corn syrup production. This diet turns the salmon gray, which requires them to be artificially colored pink by products like DSM’s CAROPHYLL. Even worse, most of those corn products are GMO varieties that have their own set of issues.

So, let’s give the USDA a little credit here. While open-pens are regrettable, organic fisheries will be eliminating GMO corn altogether, banning the use of artificial coloration (I believe) and mandating that 25% of these organic fish’s feed are from sustainable wild fish stocks. This should provide the consumer with a noticeably more nutritious protein product in organically farmed seafood.

The big omisson on the part of the USDA, in our opinion, was not the open-net pen allowance but rather the failure to recognize which species of fish are carniverious (like salmon and tuna) or vegeratarian (like catfish and tilapia) and then REQUIRE organic aquaculture to feed their species appropriately. There is always room for improvement and we hope the USDA puts monied interests aside and notes ALL critiques for future revisions to the standard.