Are Raw Veggies Better Than Cooked Ones?

You’ve probably heard that it’s better to eat vegetables raw, nutritionally, than it is to cook them. The argument is that cooking vegetables destroys the vitamins and nutrients that are packed into raw foods. But is that really true? Are you destroying all the good stuff whenever you make a stir fry? Research says no. Cooked vegetables can be just as nutritious as raw ones are – and some are even more nutritious than their uncooked rivals.

How Science Weighs in 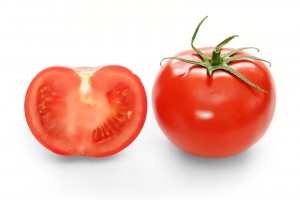 Be careful with me!

There are definitely some vitamins and nutrients that are vulnerable to heating. Vitamin C is a great example. Heating tomatoes for 2 minutes can reduce the Vitamin C levels by 10%, loss which triples after half an hour 1. Of course, that means at least 70% of the Vitamin C is still in there. And when we’re talking about vegetables, we’re not just talking one nutrient. We have to look at the overall impact cooking has on a variety of nutrients. Evidence has found that cooking vegetables, particularly boiling them, can actually make them better for you.

Why is cooking good?

For one, it helps break down the tough compounds in plants that our body has trouble digesting like cellulose. By doing so, it actually makes nutrients more available to our digestive system. The same study which found a decrease in Vitamin C in tomatoes found an increase in the antioxidant lycopene, a much rarer nutrient which is linked to anti-cancerous activity and reduced risk of heart attacks. And in another study, researchers found that people an all-raw diet had low levels of lycopene 2. It’s likely that breaking down the plant cell walls made the lycopene more bioavailable. 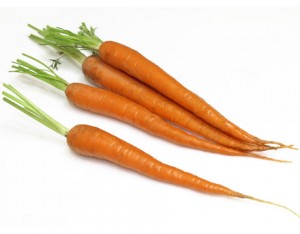 Studies have also suggested that cooking actually boosts the antioxidant content of vegetables. One found that the total antioxidant capacities actually increased when a variety of vegetables were cooked by boiling, frying and steaming3. It’s well established that cooking can increase beta-carotene levels, a nutrient which we use to make Vitamin A4. Studies have also found that we only absorb 1-2% of the beta-carotene in vegetables like carrots, but cooking can raise the level we can absorb to over 75% 5. And while cooking Broccoli might damage the sulforophane, a nutrient linked to anti-cancerous activity, it increases the folate availability 6

Other studies are less clear. One found that what you cooked and how mattered a lot. Deep frying increased the antioxidants in potatoes, artichokes and aubergine but reduced it for mushrooms and onions 7. In that same study, boiling increased antioxidants across the board but pan-frying reduced them. So different cooking methods can have different effects on different vegetables, some negative and some positive.

So is it better to cook vegetables?

Yes and no. It’s better to have a good mix of raw and cooked veggies in your diet. That way you get the best of both worlds. The key thing is not to presume that cooked vegetables are nutritionally poor, because they’re not. They’re also packed with vitamins and minerals, and some of them you can’t get as easily by eating the uncooked versions. Most important, though, is that you’re eating lots of fruits and vegetables to begin with. So if you don’t like to eat certain vegetables raw, cook them – it’s better you eat them cooked than not eat them at all, no matter how many of the nutrients cooking might destroy. And it doesn’t really matter whether you cook them or not if you’re eating your full servings greens, reds, and yellows every day. You’ll get the nutrients you need either way!