Hawaiian Health and the Coconut

Upon moving to Hawaii, it’s hard not to be instantly swept up in the culture and nature of the world around you. It’s as if even the air is different here – and, in some ways, it probably is. The islands are rich with pleasant flowers, and the consistent trade winds blowing in mix the fragrant smell of plumerias, gingers, and the sea with a whole variety of other wonderful scents. The mood is relaxed and cheerful, and the people just seem healthier and happier. 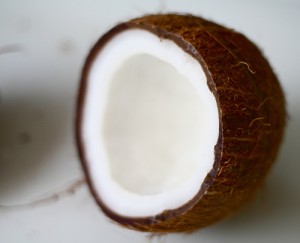 Well, maybe they are healthier. Hawaii has some of the lowest rates of heart disease, childhood obesity, cancer, and even deaths by Alzheimer’s in the US. While part of this might be due to good health care coverage and availability (Hawaii has the second lowest rate of uninsured individuals in the US), it might also have a lot to do with the food.

The Coconut, as Food

If there’s one thing that Hawaiians know how to do well, it is eat. Traditionally, Hawaiians welcome others to their home by saying “Kahea ai. Ai a ma’ona,” which roughly translates to “Come in and eat all you want.”  Often, coconuts will be waiting for you.

Called Niu, the coconut was raised from an ordinary food item to a sacred tree. It is shown in mythical art and verbal lore as a magical tree, an image of Ku, the ancestor of the Hawaiian people and the link to their original home. Of course, it had its culinary uses, too. Most common in Hawaiian cuisine is coconut pudding, called haupia, which is a staple at every luau.

While the trunks and leaves were used for tools and shelters, it was the nut alone that provides the coconut’s nutritious benefits. In botanical terms, the coconut is truly a nut.  On the outside is the husk, called the mesocarp, which must be removed to gain access to the inner fruit. The precious interior is further protected by the endocarp, or the hard surface known as the shell. Lining the inside of this protective shell is the white, fleshy endosperm or “meat” of the coconut.

Coconuts, though, unlike most other nuts, have a hollow interior filled with a liquid often referred to as coconut water.  This water is not the coconut milk often used in cooking – that is created by grating the meat and mixing it with water. Thus coconut milk, used mainly in Asian cuisine, is nutritionally comparable to coconut meat not coconut water. 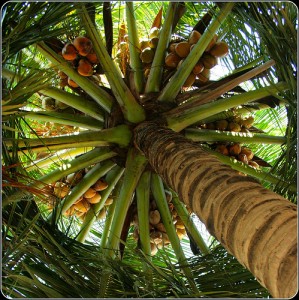 Green, immature coconuts can contain up to one liter of coconut water, which is much sweeter and cleaner tasting than coconut milk. In either case, the liquid is high in electrolytes, and is thus very good for preventing dehydration or diarrhea. It has long since been a popular drink where coconuts are found, and is sold fresh, canned, or bottled. The water contains very few calories but because it contains potassium and other electrolytes it’s even marketed as a sports drink. Coconut water can even be used as an intravenous fluid if desperate, when medical saline is unavailable.

The Coconut, as Medicine

The major component of the fats in coconut meat is Lauric Acid, a rare medium-chain fatty acid that, as far as our diets go, is primarily found in human breast milk. Despite the general nutritious distaste for saturated fats, studies have shown that coconut oil (which is made from pressing the fatty acids out of the meat) might actually help reduce abdominal fat and obesity. And despite LDL cholesterol concerns, studies have found that increased lauric acid dietary intake is linked to reduced heart problems. Studies have even found that virgin coconut oil has antioxidant properties.

Research has been mounting which suggests health benefits of lauric acid and other coconut fatty acid derivatives. Lauric acid has also been investigated for its antibiotic properties. In study after study after study, lauric acid has been shown to kill a variety of bacteria and fungi. For this reason, as well as its general moisturizing properties, coconut oil may be a good treatment for many skin conditions, from acne to dermatitis. But even beyond antimicrobial properties, gaining research seems to support lauric acid as a possible treatment for chronic diseases. Lauric acid and similar fatty acids have been found to inhibit cancer cell growth. 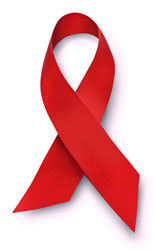 Lauric acid may slow HIV down

But the most staggering, and of course controversial, effect of lauric acid seems to be its ability to slow or stop the progression of viruses. Lauric acid and its similar saturated fatty acids have been shown to interfere with virus maturation in different viruses, and has even been shown to slow the spread of HIV viruses by preventing viral budding. Unfortunately, very few clinical studies have yet to be done utilizing coconut, and so how effective or useful dietary supplementation of coconut meat or oil is on such diseases is unknown.

Even considering the possible downsides of saturated fats, there is still room for them in our diets, so even ignoring the possible benefits of lauric acid, coconut meat isn’t unhealthy. Coconut meat contains far less sugar than other fruit choices, and is fairly high in protein witha bout 9% fiber by volumn, making it actually quite good for you. And on top of that, coconut meat is uniquely high in vitamins and minerals, including many Vitamin Bs (like Thiamine and Niacin, which promote good mood), Vitamin C, Calcium, Iron, Magnesium, Phosphorus, Potassium and Zinc.

Of course, the sun, scenery and wonderful weather might also have something to do with the mood of Hawaii. While it might not just be the coconut which makes Hawaiians so healthy and happy, it certainly is a nutritious way to spruce up your meals with a little tropical flavor. Curries and other Asian recipes often use coconut milk as a base. But if you’re going for raw coconut meat, the most important thing to consider is freshness.

As a liquid-filled nut that often has to be transported from the tropics, it can go bad quickly. The best way to make sure it’s fresh is to examine it closely, ensuring there is no mold or cracks. You want one with a little weight for its size, and be sure to shake it to hear the water sloshing within. Cracking it on your own, of course, it a bit of an art form – I’ve heard that a screwdriver to the “eyes” (three, small spots which become holes where the seed germinates out of) or power drills do the trick well if you want to save the water. Otherwise, a machete or a hammer can go a long way! Other than that, Aloha, and enjoy!